In a world where we are not short of a large variety of products and their substitutes in the market, GPS trackers are not an exception. There is a vast choice of GPS devices out there specially designed to meet certain surveillance needs. One such device is the mini GPS tracker.

Of course, each device comes with some modifications and enhancements, making them different from the rest. Since mini GPS trackers offer location and direction especially for new users, the question of how to use mini GPS tracker directions could arise.

GPS Trackers – Types and their functionalities

As we already mentioned earlier, global positioning systems popularly called GPS devices are used for locating just about anything; especially things that could easily be moved, or have a tendency to wander off.

It is in the natural instinct of we humans to keep a tab on our prized possessions. The list of things and people we could wish to know their whereabouts at a time are endless. You know, different strokes for different folks.

One could want to know where his car is been driven to, perhaps the whereabouts of a loved one. In some other instances, it is strictly business. In fact, most of the time, GPS devices are used by companies legally to monitor their vehicles.

The amazing thing about the developments in GPS technology is that they are not just able to reveal the location of targets, but are now also able to offer information on their travel speed.

This particular feature unlocks a world of possibilities for users and opens doors to a wide range of applications.

In a bid to step up the surveillance abilities of GPS devices, some of them are equipped with microphones to even record voice conversations at the same time.

However, this category of GPS devices is used mostly by security agencies. Before you could purchase this type, you may need some high level of clearance to permit its usage.

Whatever the case may be, it does not take away the fact that GPS devices in recent times have been equipped with functions that are very exciting and at the same time disturbing.

Well, we are not here to debate on the legalities and the moral justifications for the possible violations of human rights the use of some of these devices could result in.

Be it as it may, GPS devices are of different types. Not all GPs trackers are able to perform some of the functions we talked about earlier.

The first type of GPS tracker is a passive system or data logger.

This type only uses the global navigation satellite systems (GNSS) for providing geographical coordinates of the location of a target. Such coordinates are stored in a provided storage device domiciled in the device.

The coordinates can only be accessed when the device is retrieved and the information in the storage device accessed. In most cases, you will need to connect the GPS to a computer to access the information.

This type of GPS device is good for specific operations, especially if the jamming devices could be used to prevent transmission of data as in real time trackers. If this meets your needs, you could purchase a data logger and even a suitable memory card on Amazon.

On the other hand, we also have an active GPS tracker or data pusher. This type unlike the former is able to transmit the location of the target at a time to a remote processing device. Such processing device could be a mobile phone or a computer.

This type is able to send real time data to you at any desired time. In some cases, such trackers are also equipped with a memory card for storing data to avoid having standby time in the case the device runs into an area that does not have internet connection or even cell phone network. 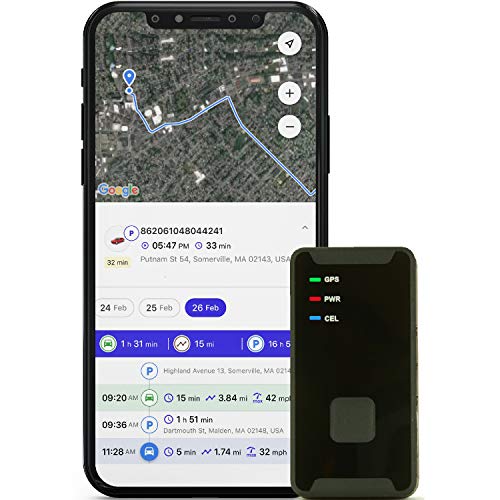 Active devices work with internet or cell phone networks for onward transmission of real time data to the user. The type of device that is able to function both as an active and a passive system is sometimes called a hybrid GPS tracker.

This type of device is the most common and are available in online stores such as Amazon.

Mini GPS Tracker and their Uses

As you would already know, most uses of GPS devices require that the person being monitored be left in the dark. Except in the case of fleet management where such fleet drivers are aware, they are being monitored but cannot remove or manipulate the GPS device from functioning.

Besides this and other circumstances where the person being monitored is prohibited from removing or disabling the device, other related uses of GPS tracking device requires that it be used covertly.

In such cases, the GPS tracker is hidden in remote places whether in a car, in a phone or even on a person’s body. In making sure that the device is not easily found, it is made to look like a regular device or a functional part of a system.

Sometimes it is made to look like a button when used on a human, or a wristwatch, a Bluetooth device in a car any other accessory.

Another strategy of making GPS trackers unnoticeable is by making them really small. Reducing their size further makes it less likely for the device to be discovered.

This birthed the concept of mini GPS trackers. This tracking device could be as small as 2 inches, making it so small that it could be barely noticed when planted on a person or a car.

One of the amazing things about mini GPS trackers is that they use sim cards and function using google map in your mobile phone. The use of sim card is basically because the data is transmitted independently via the internet provided by network service providers.

Some mini GPS trackers even use 4G LTE network. This guarantees a very high transmission speed. Some mini GPS devices are able to transmit data to your mobile phone every 60 seconds.

Another remarkable quality of this tracking device is that it has a long battery life. The battery is able to last for about two weeks without interruptions or any form of standby time.

How to Use Mini GPS Tracker Directions

Mini GPS tracker is also equipped with magnets which means you could easily attach it to a car without needing to use any external adhesive or even need to hide it inside a car.

Before you could use this tracker, you will need a sim card and a memory card. You can purchase a memory card from any outlet of any cell phone network provider of your choice. 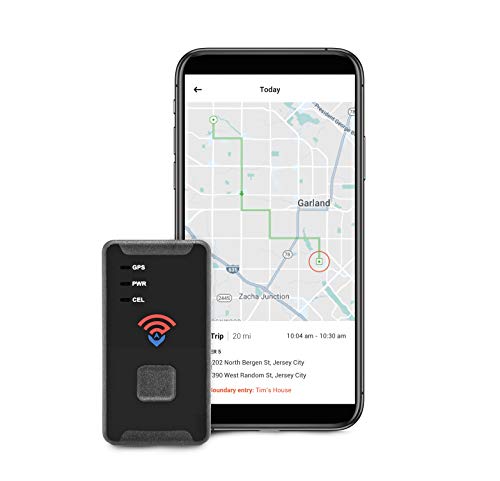 The memory card will be needed for storing the data captured by the GPS tracker. You could buy a reliable and a variety of sizes of memory card on Amazon.

When you have got these two items, you can then slot the memory car and the sim card to their designated ports. You may need to look at the user manual to ascertain the right ports for the sim and the memory device.

After you have inserted those two, you then turn on the device.  It will first show the red lights for about four times after which it will return to the standby state.

To initiate the protocol, you have to send a specified command (usually provided in the user manual) to the tracker number of the tracking device from your mobile phone.

The other commands such as activating and separating the audio recording of the tracker and sound monitoring can also be activated using provided short codes that you will send from your mobile phone to the tracker number.

To receive real time data on the position of targets you can also send the prompt from your mobile phone to the tracker number too. This however can be automated and the time set for the checks.

This device is also able to consistently report on the battery level of the tracker with every reply to your prompt.

There are several other queries that you could initiate using your phone such as the GSM GPRS queries, voice queries alongside the earlier prompts we had mentioned earlier. All these are usually provided on the GPS tracker manual to help you through the process.

There are also a few checks that you may need to conduct to be sure the tracker is working. Your first check should be the lights. If there are red and blinking, then something is wrong. You may need to remove and insert the storage device or the sim card again.

Every other information you may need to efficiently and effectively use a mini GPS tracker is provided in the instruction manual.

Here is a video that shows how to use mini GPS tracker directions: