GPS is an acronym for global positioning system. It is a global radio-navigation system. It functions using data transmitted from about 24 satellites. These satellite systems are referred to as Global Navigation Satellite System (GNSS).

Prior to answering the question: how does a GPS tracker work, lets look at how it all started.

The GPS technology is owned by the United States Defense Department.

Back then, it was designed for use by the US military for their operations. However, its use has gained widespread application in even civilian use all over the world. This civilian use is limited, though.

The civilian application and use of GPS technology is restricted and constantly reviewed by the Department of Defense (DOD).

The GPS tracking device is used as a location device. It is used to provide geographical location of any object on the earth surface using satellite data. It can be kept in a car, a phone or even on a person. It then provides information on the person’s exact location at any given time.

Its civilian application is broad. The use of GPS data, emanating from clock and positional synchronization, is used in the discovery of extrasolar planets. It is also extensively used in civilian and military cartography.

The application of GPS in clock synchronization also helps in cellular telephony. Automated vehicles use GPS for navigation through their designated routes.

How Does a GPS Tracker Work

The GPS receives satellite signals. This is processed in a designated receiver built into the GPS device. It is the receiver that computes the location and even the time and velocity of travel of the subject.

Some of the GPS devices are capable of computing location data in 3-D views. This is achieved with the aid of 4 GPS satellites giving signals at a time.

Presently, there are 27 GPS satellites orbiting the earth. Out of the 27 of them, 24 are operational. The other three are standby satellites, stationed in space in the advent of any satellite breakdown.

These satellites orbit the earth every 12 hours at about 11,200km per hour. As they encircle the earth, they also transmit radio signals all the way from outer space, which are intercepted by the receiver of the GPS device.

The signals transmitted by these satellites are microwave carrier signals. These waves possess electromagnetic energy and travel at supersonic speed. The GPS devices on the earth surface are equipped with receivers.

For the GPS receiver of the GPS to effectively make this mathematical calculation, it needs to identify the intended location using nothing less than three GPS satellites above that location.

It will also need information of the separating distance between each of the 3 space vehicles above that given location.

Here is a video that explains how GPS trackers function:

For commercial GPS devices, there are broadly classified into two, based on their mode of data transmission. They are the active and passive tracking devices. The passive tracking system is also called the data logger.

It simply logs in the position of the object it is tracking at specific periods, or based on events.

This data is stored internally in the tracking device and not transmitted. Such data loggers are equipped with storage devices such as memory cards, or hard disk drives. The data captured by the device is recovered by physically retrieving the device from the subject.

The data logger is then connected to some computer, where the data stored is then downloaded into the computer for onward processing and interpretation. You can buy a memory card on Amazon and use it on your data pusher.

On the other hand, the active GPS device, also called the data pusher, does not store its location data. It is called the data logger because it is capable of transmitting the data it obtains at predefined intervals to some central server, or database system.

The data logger contains a modulator demodulator (modem) system through which it transmits data at intervals. This is why it is called a 2-way tracking device.

Another name for data loggers is the real-time tracking system. This is the type of system used by companies that use GPS devices for monitoring their fleets.

It is also used for monitoring children and elderly people. It is more reliable for these operations. This is because it provides real-time data on the location of such people at any given time.

This is also applicable as an anti-theft system in vehicles. In the case of theft, the covertly installed real-time GPS devices will give the appropriate agency information on the specific location of the vehicle per time. This could help in expediting the process of recovering the stolen vehicle.

Such a useful device can come in handy at any time. In case you are looking for where to get one, it is available on Amazon.

Some GPS devices come as hybrid systems in this regard. That is to say that they are able to function both as an active and as a passive system.

This is particularly useful because active systems use internet or cell phone networks for transmitting data in real time. These internet services are available based on location.

There are areas where such internet or cell phone networks may not be available. At such times, whoever is monitoring is kept in the dark.

And since data loggers do not have memory devices, data is neither transmitted nor recorded at such times. Such windows are enough to ruin a tracking operation.

In order to solve this problem, some active systems are now equipped with memory devices to help them record data as they are also transmitted to a central system or server. By so doing, this hybrid GPS devices are able to function both as passive and active systems. 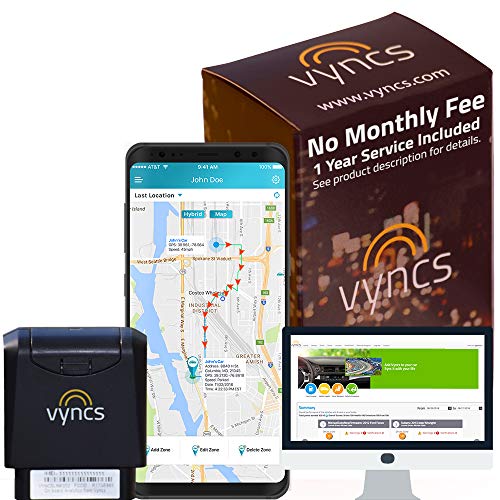 Buy your GPS Navigator on Amazon

The Intricacies and Processes of Tracking Mobile Phones

This is because these radio signals sent by your phones, are picked up by the cell phone network towers.

This time around, the mathematics used here is not the trilateration, but triangulation. The information obtained by triangulation is not so exact as what is available this time, using global positioning systems.

However, this limitation has been broken by the use of GPS technology in modern day cell phones. This has markedly increased the accuracy of the information obtained by triangulation.

Smart phones have further made these things easier. GPS technology is enabled in all smart phones. Once your phone is GPS enabled, it is possible for your phone to be tracked, and your exact location known by whoever happens to be interested.

They are a lot of apps available for androids and iPhones and Blackberry phones that enable you to track your workers, kids or even your co-workers.

The technology used by mobile phone operators in determining the location of target phone owners, function by measuring the patterns of antenna and power levels. More so, it capitalizes on the fact that mobile phones are constantly in communication with the nearest base station.

This makes it really easy to narrow down on the location of the phone user once you can identify the last network tower the phone communicated with.

However, more advanced systems are able to go beyond locating the nearest base station, to accurately locating the actual sector of residence of the smart phone. The accuracy of this calculation can even be furthered by the interpolation of adjacent network towers within the locality.

When multi-lateration rather than trilateration or triangulation is used in determining of locations of mobile phones, it is referred to as GSM localization. This localization system is classified into three: the hybrid, handset-based and the network-based GSM localization.

This type of GPS localization uses installed GPS software in tracking locations of phones. The mode of identification here uses cell identification in calculating the location of the mobile phone.

This also combines the signal strength of neighboring and home cells which are transmitted to the carrier.

If the mobile phone in question has a GPS installed in it, then the accuracy of the location data transmitted from the monitored mobile phone to the carrier is improved.

This technology has its own drawbacks, though. The truth is, this type of tracking system is barely used for covert operations. This is because it requires installing a client software in the phone.

If your plan is to monitor a person without their consent, then you have to figure out a way of installing the software in the person’s phone, without their knowledge.

Network-based GSM localization has the greatest advantage in locating mobile phones (by implication, the user). This is because the network provider uses their infrastructure in the localization process.

The phone user in this case is not even aware that he is being monitored. And this is due to the fact no client software installation is required to achieve this.

Network-based localization could be very accurate, depending on the technique employed. If cell identification is used by the network provider, the location information will be less accurate. However, if triangulation is employed, the localization data will be more accurate.

Generally, the accuracy of the information obtained from network-based localization depends on the number of network towers in the locality.

This technique utilizes both the handset-based and the network-based localization technologies for determining locations. An example of this type of localization device is the assisted GPS. This device uses both the network information and GPS for performing its localization functions.

Because of the combination of different systems in determining locations, hybrid systems are known for their high accuracy. It is, however, plagued with the challenges of handset-based and network-based technologies.

Other examples of hybrid systems include cell and enhanced cell identification, time of arrival (TOA), Uplink-Time difference of arrival (U-TDOA) and many others.