How to detect GPS tracker is a task that does require some element of patience and skill.

GPS trackers use satellite information systems in detecting the geographical location of objects or even persons on the earth surface. GPS devices are solely operated by the US Air Force.

But in recent times, GPS tracking devices and their licenses have been commercialized by the United States Air force for both civilian and military use.

The military applications of GPS are quite broad and involve its use in national security and war related issues. The license for such applications is limited and subject to the approval of the United States Department export licensing.

GPS trackers are essentially used for surveillance purposes. They come in various sizes and shapes. Some of them come customized, depending on the area in which they are designed to be used in.

They are as powerful as the satellites because they harness the surveillance power of many satellites encircling the earth for their operation.

GPS devices are used for legal and illegal monitoring of supposed suspects or for closely monitoring the whereabout of mobile properties.

As a result, they are mostly used in cars, buses, trans-route buses, other means of transportation whose location at any point in time may be of utmost concern and even monitoring humans.

With the advent of GPS tracking devices, the age-long practice of hiring private detectives to monitor people or follow them about to ascertain the truth about any matter especially those that are location related is now historical.

It is obviously cheaper since it only requires a one-time purchase unlike hiring private detectives who are probably paid per hour, throughout the duration of the investigation is in progress.

Most of the time, people who are under surveillance do not have a hint that they are monitored. Whether this is right or wrong is subject to debate and is not as simple as it may seem.

However, it is common knowledge and quite agreeable that most cases where GPS tracking devices are used, security outfits or even approval from appropriate authorities are not sought.

Same applies to transport companies. In such instances, the intention is probably to ensure that such vehicles stay in their designated routes.

However, when the intention is to monitor humans, it is usually a case of infidelity on the part of a family member, a friend a colleague and so on. In some other instances, such people may be under investigation.

There are times when even the persons involved are well aware. In such cases, formal approval from appropriate authorities are usually obtained.

It is pretty much a random possibility that anyone could be under surveillance. This could be for several reasons. Whatever the reason may be, it is good to run a check on your mobile devices, your car or just about any property of yours that you frequently move about with.

In spite of all the advanced technological features of GPS trackers, they are still very affordable.

The most advanced of GPS trackers are built based on cellphone technology. Although the structure of the GPS tracker is quite complicated and in itself complex, the front-end is very user friendly. It is so easy to use.

It is as simple as placing the GPS tracker on whatever device or vehicle that you desire to monitor and their location shows up on the screen of your cellphone or receiver.

Mind you, this is no recent technology. In fact, this could work quite efficiently on your very old cellphones. Yet, in all of this, you could purchase a GPS tracker for as cheap as $20-$30.

They are however more advanced features on some of the very robust GPS trackers which even offers real-time monitoring and could even tap real-time conversations on cellphones in cars. This type could be are just slightly more expensive than the former.

This technology is simple and requires specific level of skill and no particular level of education to install and effectively operate. All that is needed is just a limited time access to your car or even your mobile phone.

On the basis of functionality, GPS tracking devices are categorized into two: Passive and Active GPS trackers.

The passive type of tracking device stores the speed, location, heading and sometimes, some on/off triggers. These stored data cannot be accessed remotely until the vehicle reaches a designated location where the tracker is retrieved and the data copied into a computer for onward processing.

The active trackers differ in performance from the passive trackers in that the data acquired by the tracker can be accessed remotely with appropriate devices. The data obtained by active trackers are real time data.

Modern-day GPS trackers combine both the active and passive attributes in their function. Since GPS trackers relay information via cellular networks, the supply of real-time data is possible.

However, in localities where such networks are not available, it saves the data internally and relays them when the network becomes available again.

This is where the concept of the combined functions of the active and passive tracker systems becomes useful.

Trackers are installed as small boxes in vehicles. Some of these trackers are self-powered, while the rest are connected to the vehicle electrical system.

How to Detect GPS Tracker

There a number of ways of detecting or finding a GPS tracker if you suspect you are being monitored. Generally, the surest and most effective means of detecting such devices is through the use of electronic bug sweepers. However, this alternative is quite expensive.

There are a number of options that are also viable for finding that GPS tracker.

The manual and physical inspection of your car in search for such GPS trackers has to be thorough. This of course is under the assumption that you already are well acquainted with what shouldn’t be seen in your car.

This search in itself is time consuming and requires a great commitment and knowledge of where to search.

This may not be an entirely difficult task, but you need to have an idea of whatever a GPS tracker could look like. Especially in this age where GPS trackers could be customized to look like a conventional part of your car.

While this may be a worthwhile venture, there is no guarantee of finding the GPS tracker as this is not nearly as effective as the time put into it.

It is first important to note that GPS trackers could be hidden just anywhere, either within the car, outside or even underneath the car. To ensure a thorough search, the car needs to be lifted using a jack to allow undercarriage inspection.

More so, the rear shelf and the dashboard should be detached to allow entrance to the compartment of the speakers

If you suspect that your car has been bugged with a GPS tracker, one of the ways of detecting it is by searching through your vehicle. To do this, you would need a general idea of the possible places a GPS tracker could be hidden.

This video can help you better appreciate the process

Some of such places are discussed below.

Looking through the list above, you will quickly discover that not all the above listed places give room to easily inspect manually or visually. Places like the trunk initially seem easy at first sight, but then, there are several compartments within it.

Within the trunk also is the jack area, the jack and then within and around the fenders.

In all of this, you could never really be entirely sure that a given area has been thoroughly searched. There will always this reservation somewhere that tells you, you probably did not go through the entire area. There will always be oversights.

In lieu of this many lapses associated with manual and visual inspection strategy, there is a growing need for a more effective and even easier means of detecting GPS tracking devices. This leads us to the EMF spectrum. The EMF spectrum is the same technology with which GPS trackers were built.

The question is, how does the bug sweeper detect the GPS tracker? Active GPS trackers transmit real-time data to a remotely located receiver. Such data are transmitted as radio frequency signals.

It is these signals that are picked up by bug sweepers. Irrespective of how ingeniously concealed a GPS tracker could be, as long as it is actively sending signals to the receiver, the bug sweeper will always intercept those signals, trace and zero down on the source of the signals.

This alternative is easier, even easier than using a GPS tracking device. It makes the work of detecting GPS trackers look easy. Most importantly, the use of bug sweeping technology which involves the use of electronic GPS detectors gets the job done in far less time than conducting a manual or visual inspection. You can get such bug detectors on Amazon.

It might interest you to know that your cellphone or smart phone is some kind of tracker. It has an in-built capacity to register your location at any given time.

The question in this case would be if anyone is interested in knowing your location. Using a cellphone simply means you have accepted to be in the radar of the network providers.

It is also possible for individuals or corporate bodies to monitor or track you using your cellphone. In such cases, they will need to place a tracker on your phone or simply clone your SIM card.

How do you know that your phone is being tracked?

There are few signs to look out for in your cell phones. If you observe these signs in your phone, there is a possibility that your phone is been tracked. Let us review these signs.

If your battery runs down faster than usual and is always warm, then it is a sign that there are apps running on the background which may not be authorized.

Another sign to look out for is if you begin to notice unprecedented reduction in the processing speed of your phone. Also, when the screen light of your phone persistently stays on, even at idle moments, it may also be a sign that your phone contains GPS tracking apps.

Sometimes, another sign which is not usually common, is receiving a text message that is full of what appears like codes and garbled numbers.

These are usually messages from the remotely located tracking software controller which are meant to be interpreted by the spyware. Such messages are not supposed be noticed, however, in some cases it is seen.

In some other cases, the spyware creates files with names such as spy, stealth, mobilespy and so on. Searching through your file explorer will help you notice these files and delete them.

How to block Spying apps

One of the most effective remedies to this problem is to install an anti-virus. These applications help in tracking, identifying and deactivating spywares in your phone.

If you are using an iPhone, the best way to get rid of the spyware is to upgrade your iOS and all the spyware will be removed automatically.

While this may remedy the situation, it is important that you remain vigilant. The same person that planted the spyware or tracker on your device or vehicle could still return and plant another when they realize you have discovered the truth. 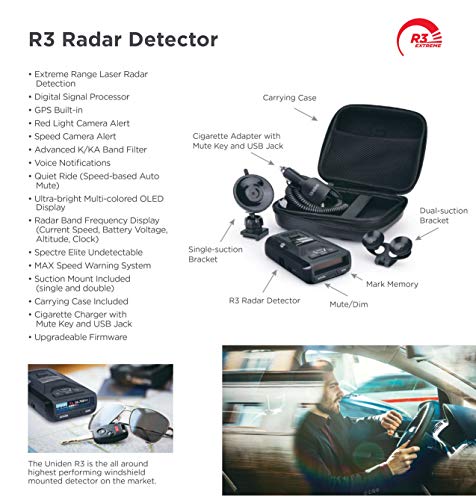