The GPS tracker is a device used for monitoring the geographical location of an object or a subject of interest using global positioning systems. GPS tracking devices are able to record this geographical data both actively and passively.

This data has a measurable size. This is the focus of this article titled: how much data does a GPS tracker use.

It is able to both record the location of a subject by simply monitoring and saving the locations which the subject has travelled. In such passive systems, the data is only accessed when the GPS tracker is retrieved and the data it has acquire processed using a computer.

On the other hand, the active GPS tracking system does not just obtain the geographical location of the subject and record the data, it is able to also relay such information back to a monitoring system in real time.

This simply means that with the active system GPS tracker, a person or property can be remotely monitored and activities observed in real time.

Some quite advanced GPS tracking systems are able to do more than this. They are so equipped that they could also record both locations, as well as real time conversations.

Such active GPS tracking systems transmit data using the internet, cellphone network and in some cases, satellite modem. This communication systems are usually built into the GPS tracker system for efficient performance.

There are however, moments when this active GPS tracker devices run into areas with no internet access or mountainous regions where the direct line of sight between the satellite and the device is blocked.

In such circumstances, the active GPS tracking system is not able to transmit data to the remote monitoring system.

Strictly speaking, the active GPS tracker systems fail to function effectively in this type of situation. This constraint birthed the hybrid GPS system.

This feature has become quite common and quite a number of tracking devices now function dually. This hybrid system functions both as active and passive systems.

To simply define their functions, there are able to transmit data to a remote location while also saving the data in the system.

Therefore, when they are found in locations with no internet access, they are able to store the data obtained. These data are then transmitted to the remote monitoring station as soon as the internet connection is restored.

Some other modifications of GPS trackers include the Covert GPS and the Vehicle Onboard Diagnostic GPS trackers (OBD). You can get these OBD trackers on Amazon.

As already described earlier, this type of GPS system only picks the location of the GPS device, and by implication, the position of the subject. This data is saved within an internal memory attached to the GPS tracker. Such memory ports could be an in-built USB or memory card slot.

These data are saved in some format that makes them accessible and usable by some computer applications for onward processing and interpretation.

These active systems are able to relay the signals as impulses to a central server where the data is processed and interpreted. The term impulse is used here because the data is transmitted at specified intervals to the server.

These are the most prevalent category of GPS trackers in the market. They have a wide area of applications especially in the transportation sector.

This is the type of GPS trackers used for monitoring and managing commercial fleets.

Most of the mobile smart phones are now well adapted to function as GPS trackers with the installation of GPS tracking software. More so, your phones can be configured to work as a receiver for your GPS tracker.

To be able to access such features on a cell phone, you will need a cell phone that is GPS enabled. You could also get one on Amazon.

They are usually designed in such a way that they assume appearance of a utility gadget in the vehicle for security purposes. This security measure helps in tracking the vehicle in the case of theft or other related issues. 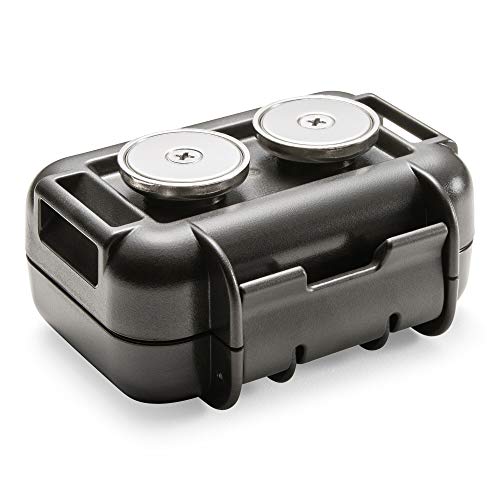 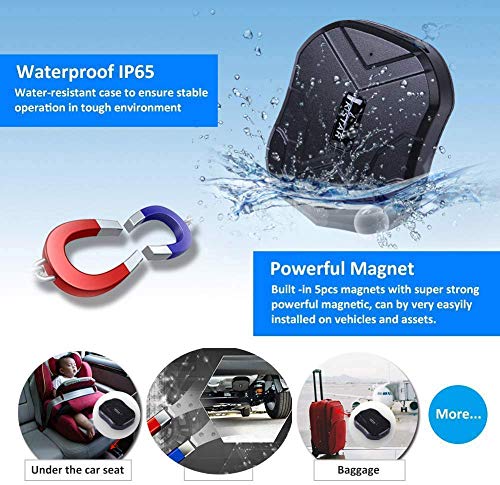 This type of GPS tracker is of the active GPS type. It is always on and does not use the internet. It uses satellite information system for its functions. Because they are always on, they can be queried at any time and their locations revealed.

This technology is not yet commonly in use. It is now called the Pull Technology due to its name, dater pullers.

How much Data does a GPS Tracker Use?

Based on the caliber of information that is transmitted by a GPS tracker, the data is usually so small and in the neighborhood of 100bytes. The best way to appreciate the GPS data is to use a GPS map.

The GPS map pin points the exact location of your target of interest. This in itself costs as little as 50 to 100kb.

Otherwise, the data consumption of the GPS tracking system is so small and can be regarded as insignificant.